The National Cadet Corps, after its inception in 1948, has been growing steadily and continuously in the years past and has now reached the status of the largest youth organization in the world. Variety enriched programmes including camps of different types organized at national, state and unit levels, mould the young blood of the country to develop qualities of character, courage, comradeship, discipline, leadership, secular outlook, spirit of adventure, sportsman ship and ideals of selfless services and make them useful citizen capable of shouldering responsibilities in various walks of life.  NCC has 17 Deputy Directorates. The Deputy Directorate of Kerala and Lakshadweep region has 39 units under five NCC Group Head Quarters.  28 Kerala BN NCC, Ottappalam is the unit to which the subunit of NCC at the college is affiliated.

Unity and Discipline is the motto of the NCC which was taken in the 12th CAC meeting held on 12 Oct 1980. The NCC is a responsive and continuously evolving organization. Its activities are guided by certain core values that we endeavor to instill among all ranks of the NCC.

These include the following:

1. A sense of patriotic commitment to encourage cadets to contribute to national development

2. Respect for diversities in religion, language, culture, ethnicity, lifestyle and habitat to instill a sense of National unity and social cohesion

3. Abiding commitment to learn and adhere to the norms and values enshrined in the Indian Constitution

4. Understanding the value of a just and impartial exercise of authority

5. Ability to participate in community development and other social program

6. A healthy lifestyle free of substance abuse and other unhealthy practices

7. Sensitivity to the needs of poor and socially disadvantaged fellow citizens

8. Inculcating habits of restraint and self-awareness

10. Respect for knowledge, wisdom and the power of ideas

"I do hereby solemnly promise that I will serve my motherland most truly and loyally and that, I will abide by the rules and regulations of the National Cadet Corps. Further, under the command and control of my commanding officer I will participate in every camp most sincerely and wholeheartedly."

"We, the cadets of the national cadet corps, do solemnly pledge that we shall always uphold the unity of India. We resolve to be disciplined and responsible citizens of our nation. We shall undertake positive community service in the spirit of selflessness and concern for our fellow beings." 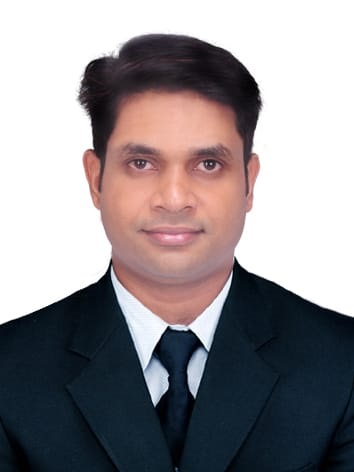 NCC MES Ponnani College Unit conducted republic day parade on 26th January 2021 by following Covid 19 protocols. Every year NCC cadets take part in Republic day parades. India won freedom on the 15th of August 1947 and became a republic on the 25th January 1950. The new constitution of free India came into force with effect from this day.

The day was celebrated in our college with great éclat because republic day is inevitable even in the Covid 19 pandemic situation. The college building was tastefully decorated with national flags. Cadets reached the college at 8AM were all in NCC uniform. The programme began at 9 A.M and the honourable principal Dr. A A  Zubair inaugurated  the function. The respected ANO Capt. MOHAMMED KOYA M.N unfurled the national flag. The N.C.C. cadets saluted the National Flag inspiring national songs sung chorus and the NCC song by cadets. And the retiring Captain Mohammed koya  handed over the responsibility of NCC MES Ponnani Unit to new ANO Dr. Thoufeeq Rahman Vazhakkat. These were followed by stirring speeches by the students, teachers and principal and the little speech which was very impressive.

Being a part of fit India movement, on 26th August, cadets of MES Ponnani College took part of Freedom Run programme. Almost 8 km was covered by the cadets.

During the pandemic, MES Ponnani College held a vaccination drive for the people of Ponnani Municipality and the college students who had not yet received their vaccine. More than 3000 vaccines have been given to the public. The three-day vaccination event, which took place from August 21 to 23, ensured that practically all of the students were inoculated. These days, the NCC unit of MES Ponnani College went above and beyond to ensure the safety of the students and the completion of the job that was planned. Thanks to all the cadets who worked on these days.